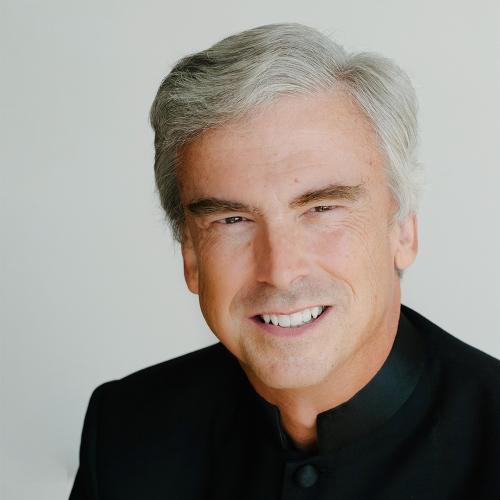 Serving since 1988 on the faculty of The University of Texas at Austin, where he holds the Vincent R. and Jane D. DiNino Chair for the Director of Bands, in addition to serving as a University Distinguished Teaching Professor, Jerry Junkin is recognized as one of the world’s most highly regarded wind conductors. Previously, he served on the faculties of both the University of Michigan and the University of South Florida.  In addition to his responsibilities as Professor of Music and Conductor of the Texas Wind Ensemble, he serves as Head of the Conducting Division and teaches courses in conducting and wind band literature.  He is a recipient of multiple teaching awards, and students of Mr. Junkin hold major positions throughout the world.

An enthusiastic advocate of public school music education, having conducted All-State bands and festivals in forty-eight states and on five continents. He spends his summers in residence at the Interlochen Arts Camp in Michigan, as well as appearing at major music festivals throughout the world. Mr. Junkin has served as President of the Big XII Band Director's Association and is a member of the Board of Directors of The John Philip Sousa Foundation, is Past-President of the American Bandmasters Association, and Past-President of the College Band Directors National Association. Regularly making guest appearances with ensembles such as the Tokyo Kosei Wind Orchestra, this season finds him conducting throughout the United States in addition to appearances in Japan, China, and Europe.  Mr. Junkin is a Yamaha Master Educator.

Bachelor of Music
The University of Texas at Austin