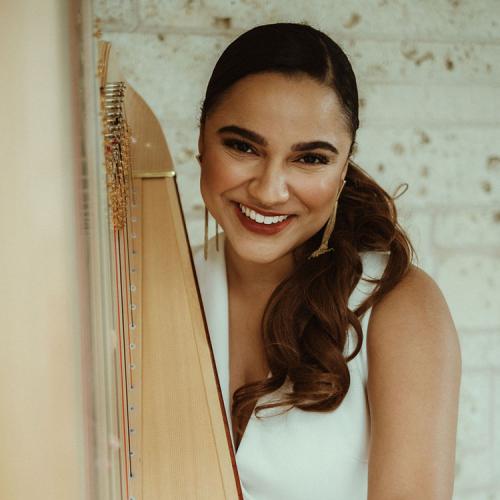 As an avid performer, Mallory has made appearances with the Austin Civic Orchestra, the Laredo Philharmonic, the Valley Symphony Orchestra and the Dallas Winds. Most recently, Mallory appeared as a soloist with the Dallas Symphony Orchestra. Mallory also recently presented recital programs and lectures with the American Harp Society Southern Region as well as the American Harp Society in Dallas in collaboration with the Mu Phi Epsilon Dallas Public Library concert series. Mallory was named a Young Artist in Residence with American Public Media and YourClassical’s program, Performance Today. She was the first harpist to air on the show. The program was recorded at Minnesota Public Radio and aired on local National Public Radio stations. Mallory returned to MPR as a founding member of the chamber group, e(L)ement for the academic school years 2020-2023 as a concert artist with their Class Notes series.