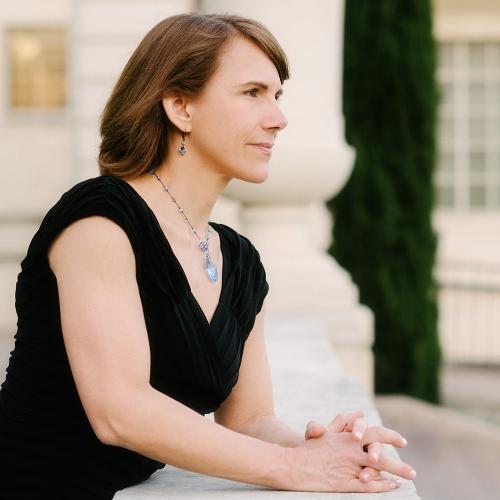 “...She has simply turned in the finest-played bassoon recital I have ever heard”, said the American Record Guide about Kristin Wolfe Jensen’s CD, Shadings. Ms. Jensen is Professor of Bassoon at The University of Texas at Austin Butler School of Music, and is also on the faculty at the International Festival Institute at Round Top, Principal Bassoonist with the River Oaks Chamber Orchestra, Founding Director of the Meg Quigley Vivaldi Competition, creator of MusicandtheBassoon.org and producer of the video series, The Herzberg/Kamins Reed Making Method. In addition to Shadings, she has a number of other critically acclaimed solo and chamber music recordings, including "Parables and Reflections, Bassoon Music of Virko Baley", and "...and Kristin Wolfe Jensen: UT Bassoons in Collaboration". She has given guest recitals and masterclasses at many major American music schools and in South America and Europe, and her former students hold major orchestral and university faculty positions. Formerly, Ms. Jensen served on the faculties of the University of Nevada, Las Vegas and the University of North Texas, and served as a Visiting Professor at Indiana University in 2012. Ms. Jensen has toured Europe with the Dallas Symphony Orchestra, served as Acting Principal Bassoonist of the Houston Grand Opera, and has been a member of The Dallas Opera Orchestra, the Richardson Symphony, the Las Vegas Symphony, Jupiter Symphony of New York and Continuum. She has performed solo recitals at International Double Reed Society conferences, and was co-host of the 2005 conference in Austin. As a student, she won the concerto competitions at the Juilliard School of Music where she received her MM, and the Oberlin Conservatory as an undergraduate, which led to performances of the Mozart Bassoon Concerto, k. 191. Ms. Jensen is a Fox Artist, performing on her model 660 bassoon  by Fox Products.

Master of Music
The Juilliard School