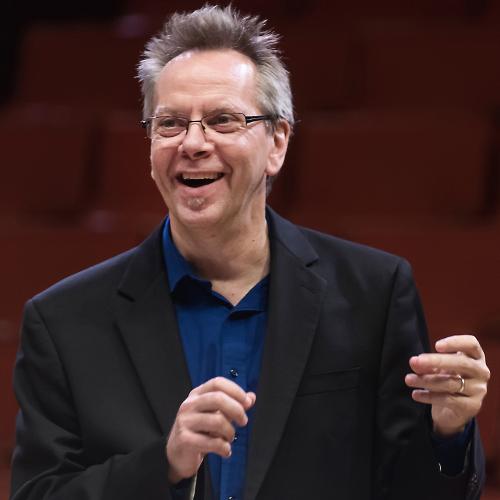 Jeff Hellmer, jazz pianist and former Director of Jazz Studies, enjoyed a 35-year career as a performer and educator, appearing frequently on the central Texas scene as well as throughout the United States at venues ranging from the Litchfield Jazz Festival to the Idyllwild Arts Academy. Twice named a finalist in the Great American Jazz Piano Competition, he has performed, taught and adjudicated jazz throughout the United States as well as in Russia and Taiwan. His recording, Peak Moments, was declared an “exciting addition to the modern jazz piano catalog” by the All Music Guide. He has been a soloist and guest conductor with the Dallas Wind Symphony eight times, and has recorded with classical saxophonists Dan Goble and Harvey Pittel.

Hellmer developed a MOOC (Massive Open Online Course) in Jazz Appreciation that was received with critical acclaim on the EdX platform, with an enrollment of over 19,000 students! He has also partnered with the learning technology company Cerego to create innovative new online content in jazz studies.

As the long-time director of the UT Jazz Orchestra, he led performances of the band at the North Sea and Montreux Jazz Festivals, as well as appearances with jazz masters such as Chris Potter, Joshua Redman, John Clayton, and Kenny Garrett. In 2009, Professor Hellmer was named to the Academy of Distinguished Teachers, one of the highest awards given for teaching at the university. His current and former jazz piano students have garnered impressive recognition for their creativity and individuality. He is co-author of the textbook Jazz Theory and Practice, published by Alfred, and his compositions for jazz ensemble are available through UNC Press and Concept Music.

Hellmer is serving as Interim Director of the Butler School of Music for the 2022-23 academic year.