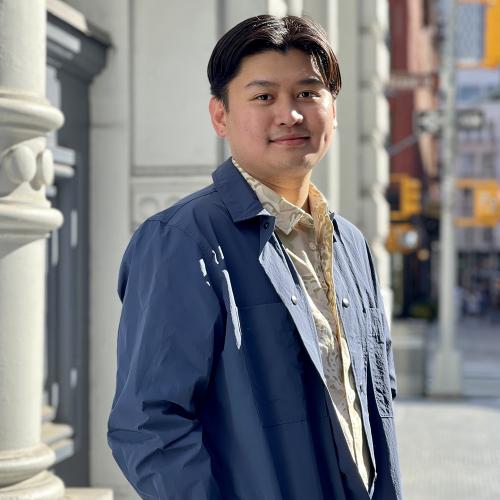 Assistant Professor of Musicology and Ethnomusicology

James Gabrillo is a pop music researcher of global culture industries and digital technologies. He was previously a lecturer at The New School and a postdoctoral fellow at Princeton University. He earned his PhD at the University of Cambridge.

His book project Pop Convergence (under contract with Oxford University Press) examines the aesthetics and networks of musical multimedia in contemporary Manila.

Gabrillo’s research has been published in the Journal of Popular Music Studies, Musical Quarterly, Rock Music Studies, American Music Perspectives, and the Routledge Companion to Radio and Podcast Studies.

He has forthcoming work in the collections Articulating Media: Genealogy, Interface, Situation, the Oxford Handbook of Arrangement Studies, and Hip-Hop Archives: The Politics and Poetics of Knowledge Production.

Gabrillo previously worked as a journalist and editor for various publications including The National and Al Jazeera English. His multimedia work has also appeared on Rolling Stone Italia, Wired, and The Japan Times.

“Turn to Kitsch: Eat Bulaga! and the Arrangement of Musical Humor in Philippine Television,” chapter for the Oxford Handbook of Arrangement Studies, edited by Ryan Bañagale, forthcoming.

“The Rapper Is Present: Sound Art, Liveness, and the Negotiation of Identity in Jay Z’s ‘Picasso Baby’,” Journal of Popular Music Studies, 29/1 (Mar 2017).

Doctor of Philosophy
University of Cambridge

Master of Philosophy
University of Cambridge

Bachelor of Arts
University of the Philippines Diliman