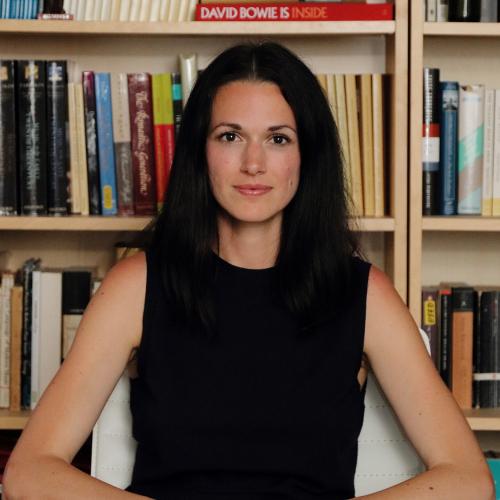 Assistant Professor of Instruction in Musicology

Alison Maggart is a musicologist, whose research focuses on twentieth-century music and culture, in particular serial music and aesthetics, philosophies of dissonance and noise, esotericism in music, and U.S. modernist identity. Her work has been published or is forthcoming in Current Musicology, Perspectives of New Music, and Contemporary Music Review. She has also presented at numerous conferences on Milton Babbitt, baseball, and postwar nostalgia; intertextuality in serial music; new materials from the Piatigorsky archives (her paper, “A Newly Discovered Cadenza by Richard Strauss: Haydn, Til Eulenspiegel, and the Humoresque” won the AMS Ingolf Dahl Award in 2016); opera in the 2016 U.S. presidential campaign; and time travel in “sound baths” at the Integraton. In 2020–21 she was an invited participant in a joint USC Levan Institute for the Humanities/UCLA Stavros Niarchos Foundation Center for the Study of Hellenic Culture study group, devoted to sound in sacred spaces. As a public musicologist, she has worked for the Piatigorsky Archives, the Sacramento Philharmonic & Opera, and the LA Phil.

After graduating from Middlebury College with a specialization in music composition, she worked as an orchestrator and transcriber for Bollywood composer, A.R. Rahman, in India. In 2017, she received her Ph.D. in Historical Musicology from the University of Southern California, where she was named the Outstanding Doctoral Student of the Thornton School of Music. Her dissertation, “Referential Play in ‘Serious’ Music: Allusions to the Past in Milton Babbitt’s Works from the Late 1980s,” which theorizes the role that borrowing and quotation play in Babbitt’s aesthetics and construction of American-Jewish identity, was awarded the Musicology Department Award and the Pi Kappa Lambda Award for academic achievement. In recent years, Maggart has become increasingly interested in sound baths, popular philosophies of vibration, and music that shares postwar concerns in space, time, and the cosmos.

MUS 380
Advanced Studies in the History and Culture of Music: Twentieth Century

20th-Century Music of the United States