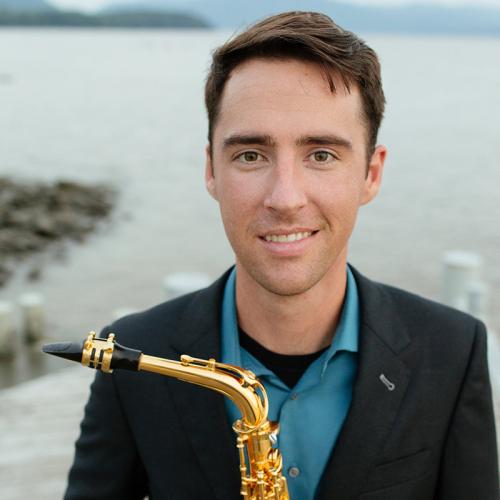 Described by noted American composer Libby Larsen as “fearless on stage,” saxophonist Stephen Page has garnered international prominence as one of the leading saxophonist’s of today’s younger generation.

Well known for his interpretations of the great original works for saxophone, Stephen has also gained acclaim for his innovative arrangements and performances of the violin repertoire from composers such as Brahms, Faure, Grieg, Franck and Prokofiev, and Bach. He has also furthered the saxophone repertoire through the commissioning of new works from composers such as John Mackey, David Maslanka, David Rakowski, Ida Gotkovsky, David Canfield, Mark Lewis, Gregory Wanamaker, and Mark Mellits, among many others.

As the Alto Saxophone chair of the critically acclaimed Zzyzx Quartet, Stephen has appeared internationally in venues both public and academic in such notable venues as Izumi hall in Osaka, Japan, and Symphony Space in New York City. Their most recent recording, “Intersections” features standard original repertoire for quartet, newly commissioned works, and the group’s own transcriptions. Most recently, Zzyzx was selected to serve on the panel for the 2014 Barlow Endowment Prize as one of three internationally recognized quartets, and will premiere the winning composer’s new work for quartet in 2016.