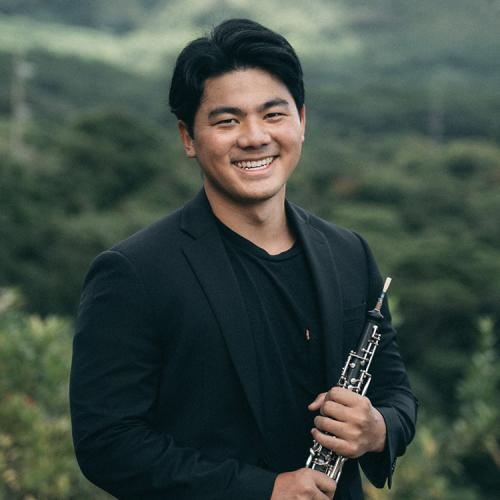 Ryan Hirokawa is an oboist currently based in Austin, TX.  Ryan has performed in a variety of settings in his hometown of Honolulu, HI, along with as a member of the UT Wind Ensemble, New Music Ensemble, Symphony Orchestra, and the University of Michigan Symphony Band.  He has also attended the Marrowstone Music Festival, where he performed as part of the Festival Orchestra.

Along with being a performing artist, Ryan is very passionate about music education. In past summers he has taught at different music programs in Hawai’i; including the Kaimuki Middle School Band, and as an assistant oboe clinician at the Pacific Music Institute.  Ryan currently has a growing private studio in Bastrop ISD, and in the future hopes to expand to other school districts in Austin.

Ryan is currently pursuing a Master of Music (MM) in Oboe Performance at the University of Texas at Austin, where he also serves as the Teaching Assistant to the oboe studio.  He previously received a Bachelor of Music (BM) from the University of Michigan.  Ryan’s primary teachers include Andrew Parker, Nancy Ambrose King, and Susan Ochi-Onishi.

Bachelor of Music
University of Michigan