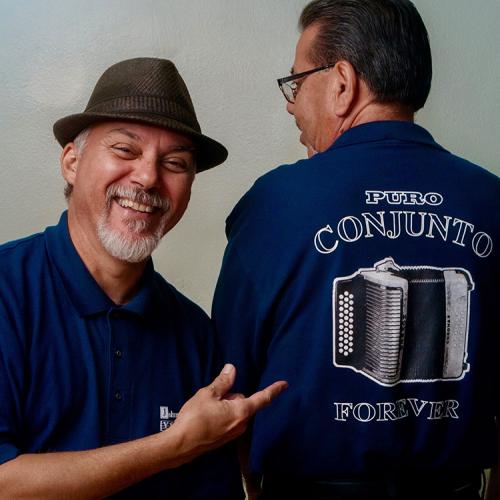 Jean Jacques “JJ” Barrera is a 7th generation Texan whose ancestors founded Victoria, Texas. JJ is a working musician and an Adjunct Professor at the University of Texas at Austin. He helps teach the music and history of Conjunto music an ethnomusicology class with international musician/ accordionist Joel Guzman. The Fall and Winter classes help to instruct students how to perform songs of Conjunto/Norteño music a regional Texas/Mexico music (now popular around the globe). This music is based on the Diatonic Button Accordion and the Bajo Sexto (twelve string acoustic/electric bass guitar). JJ is also the innovator and owner of the first National Reso-phonic Bajo Sexto in the world (see July 2007 vol. 21 page 44 of Vintage Guitar Magazine.)

J J Barrera is an endorser of (Made in USA) GENZLER Amplification products and the Salinas Bajo Sexto.