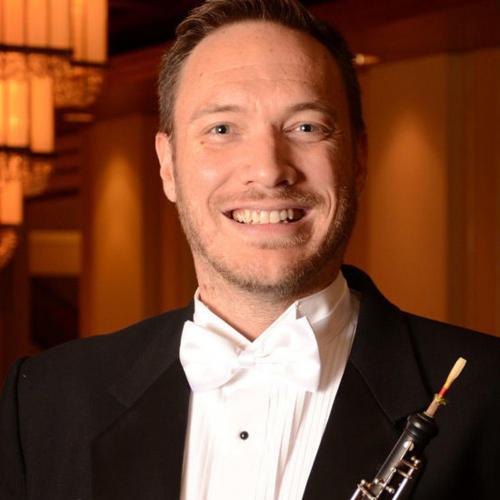 Andrew maintains a rich career as an orchestral musician, soloist, and chamber player and addition to his experience as a teacher. He has appeared as a guest artist with the Quad City Symphony and the Great Falls Symphony. He recently performed the world premiere of an oboe concerto, Pillars or Creation, with the University of Texas Wind Ensemble. He has also played in many orchestras in North America, including the National Arts Centre Orchestra, the Florida Orchestra, the Fort Wayne Philharmonic, the Richmond Symphony, Orquesta Sinfonica de Mineria, the Ann Arbor Symphony, the Flint Symphony, the New Mexico Symphony, the Santa Fe Symphony, the Great Falls Symphony, and the Plymouth Symphony.  Andrew is currently the principal oboe of the Quad City Symphony Orchestra.

In addition to his collegiate teaching and performing experience, Andrew has also taught and coached chamber music at various international music festivals, including the Round Top Music Festival, Oboe Fest in San Juan, FEMUSC festival in Brazil, the Hartwick Festival in New York, and the Kinhaven Music School in Vermont. In 2009 he was appointed the English horn Fellow at the Aspen Music Festival; a position he maintained for four seasons.  In his tenure as English horn fellow, Andrew performed under the baton of several notable conductors.

Doctor of Musical Arts
The University of Michigan