The Javanese Gamelan Ensemble was established in 1998. The Javanese instrument manufacturer Suhirdjan built the instruments of our gamelan in Yogyakarta according to specifications provided by Professor Stephen Slawek. The Butler School's gamelan, named Kyahi Rosowibowo, comprises instruments in complete sets in both slendro and pelog tunings. The metallophones were created from a pre-existing bronze gamelan. Kyahi Rosowibowo resides in a space in Music Building East that was created specifically for the gamelan instruments.

The gamelan usually performs one concert each semester.

Learn more about Suhirdjan and his instruments 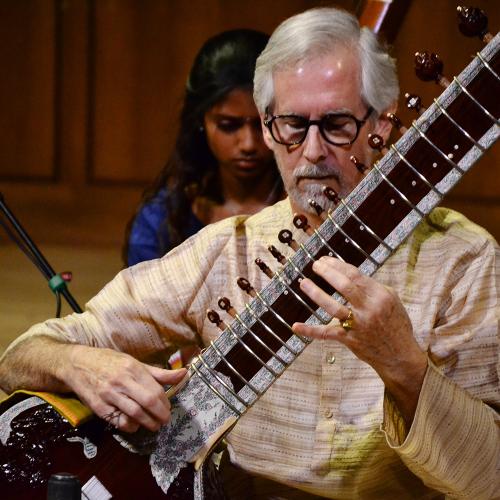 Participation is open to all university students and the general community without audition. No previous experience is required, but regular attendance at rehearsal is essential.

The Butler School Gamelan was named Kyahi Rosowibowo ("The Majestic One") by visiting artist-in-residence Pak Rasito. It resides in MRH 3.306, a special room inside the music building that was designed specifically for the instruments. 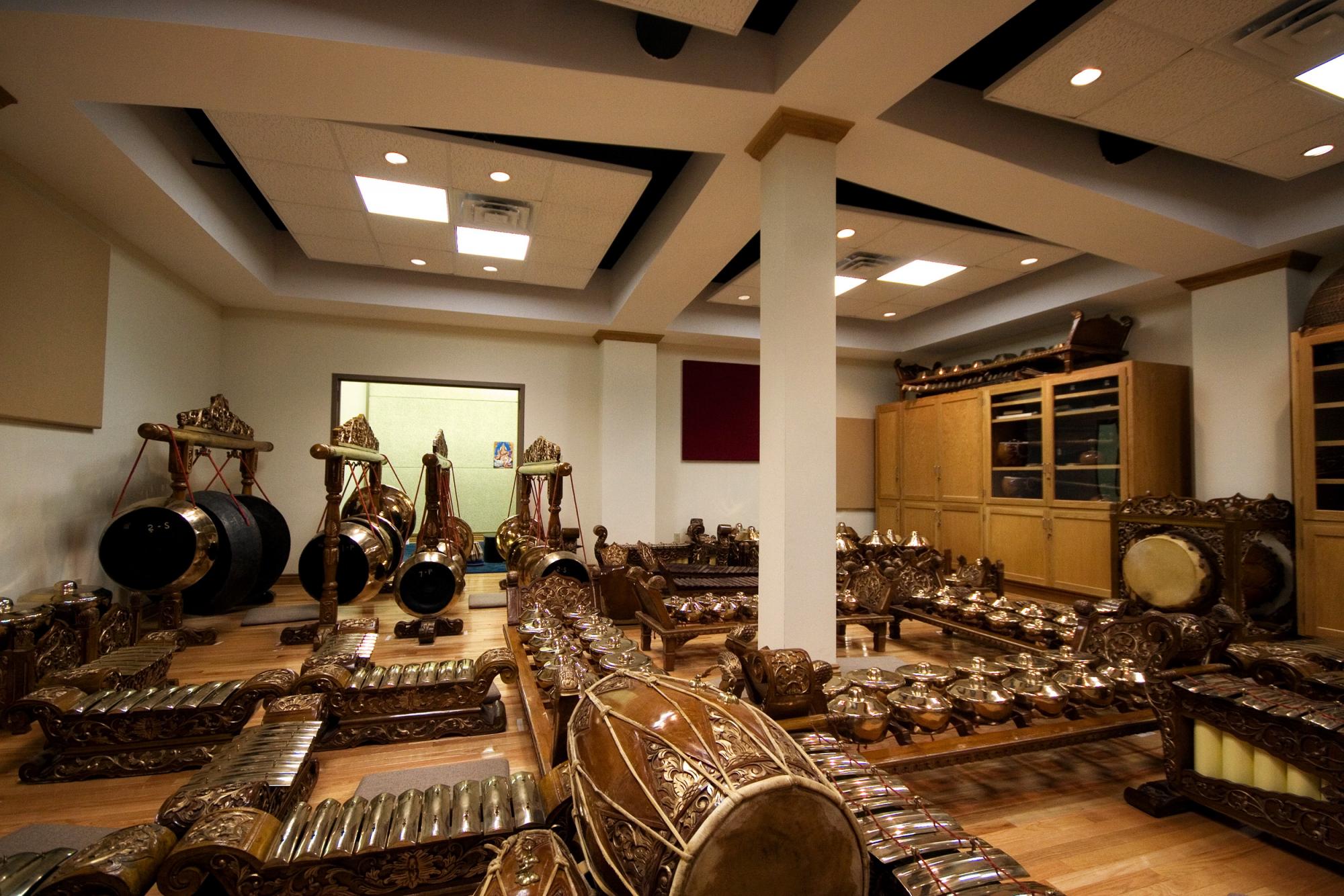 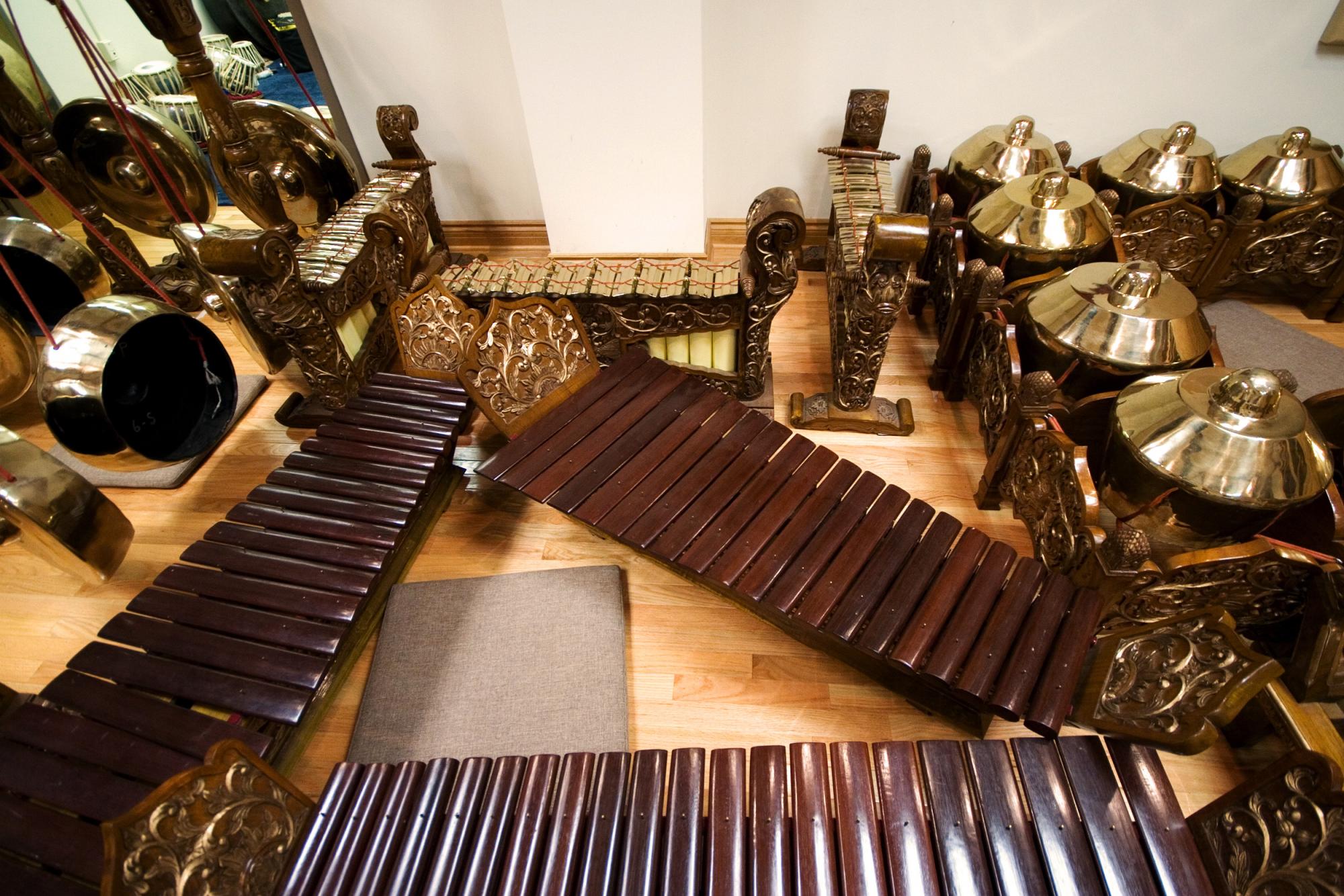 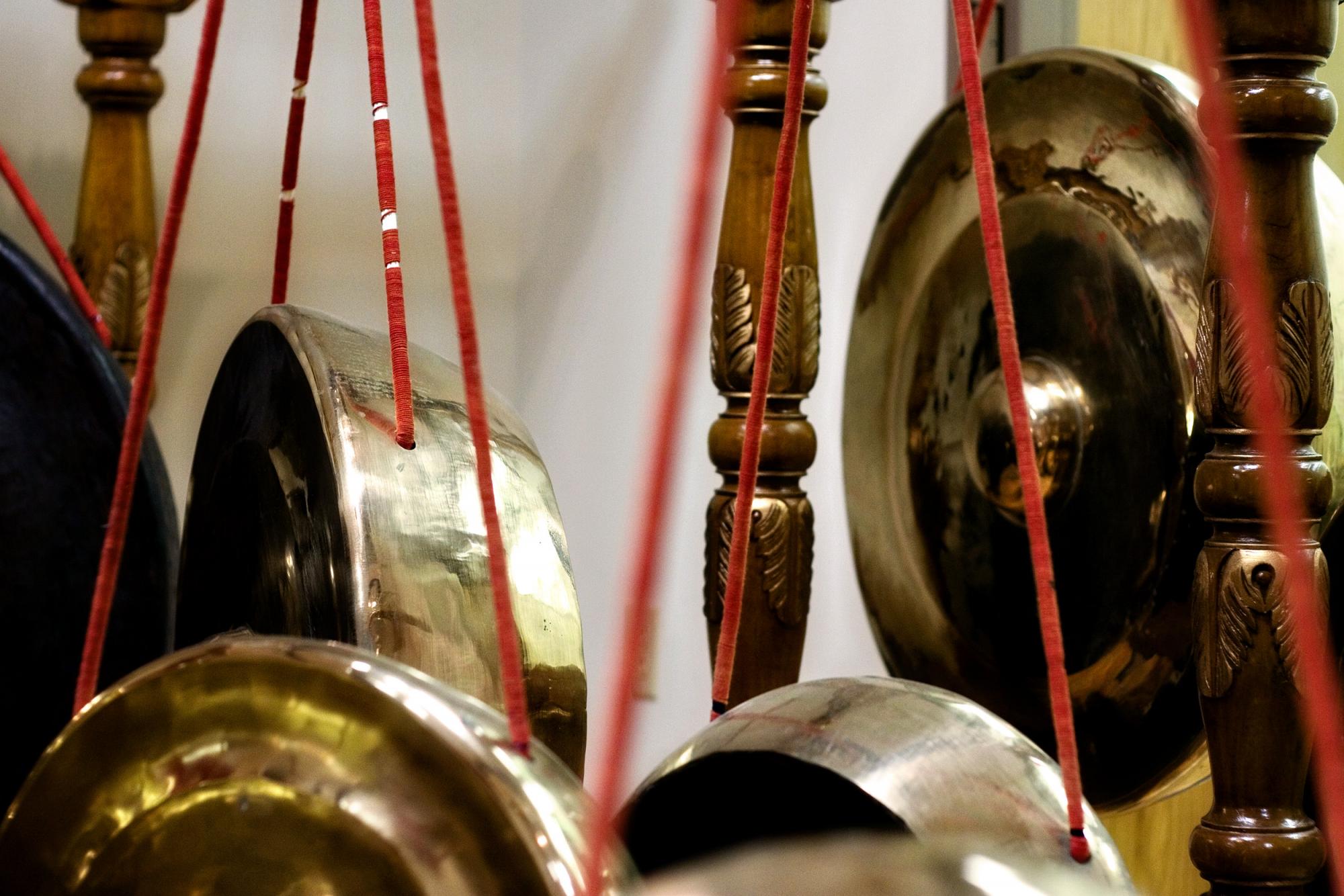 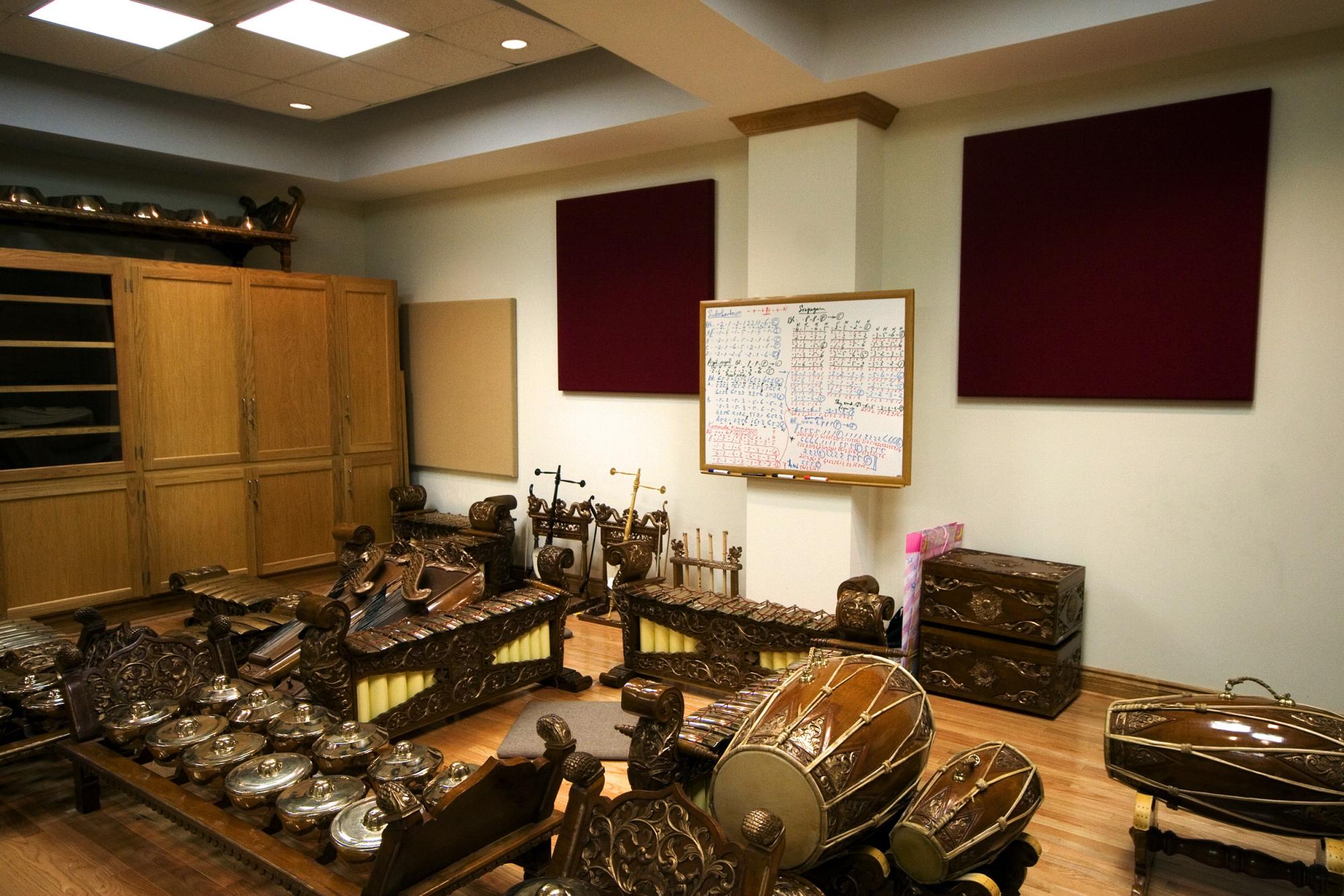