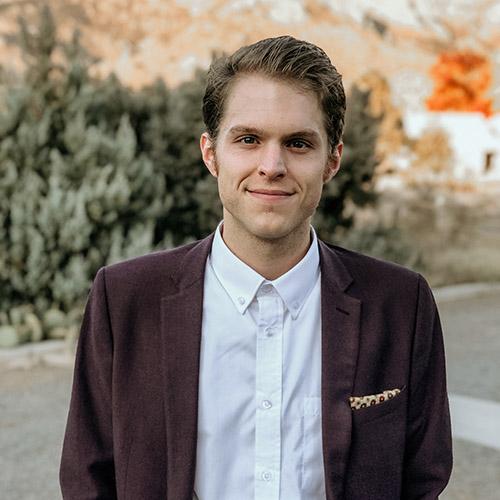 Willem de Beer is a concert pianist who originally hails from Bethlehem, South Africa. Described as “mature beyond his age” and a “…bright and shining star in the firmament of the South African music scene,” by newspaper Beeld, Willem is quickly becoming one of the foremost South African concert pianists. Throughout his career, Willem has been the winner of various national piano competitions (most recently the 2019 UNISA National Piano Competition) and has also been a prize winner at international competitions such as the Olga Kern International Competition held in USA during 2016. Most recently, Willem has been selected to participate in the 2020 UNISA International Piano Competition; one of only 24 competitors from around the world. He has performed as soloist with all of South Africa’s professional orchestras on multiple occasions, working with international conductors such as Jonas Alber, Arjan Tien, Gerben Grooten and Daniel Boico. Willem has had the privilege of performing in masterclasses for internationally recognized pianists such as Jerome Lowenthal, John Perry, Ramsi Yassa, Marian Rybicki, Petronel Malan, Fali Pavri, Golda Vainberg-tatz, Vyacheslav Gryaznov, and Antonio Pompa-Baldi. Willem completed his BMus with Professor Joseph Stanford and a master’s degree with Dr Bryan Wallick at the University of Pretoria; and most recently (2020) graduated with a second master’s degree from the University of Texas at Austin under the guidance of Professor Anton Nel. Willem is currently studying towards a doctorate in piano performance with Professor Anton Nel at the University of Texas at Austin. Here he also holds a full Teaching Assistantship. He is married to Renée de Beer and they have a one-year-old daughter, Rebekah.

Master of Music
The University of Pretoria

Bachelor of Music
The University of Pretoria