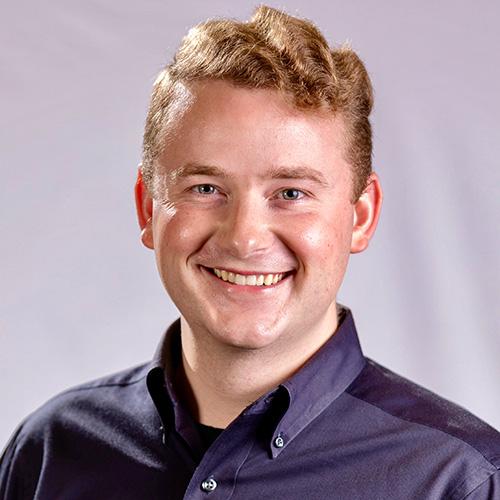 Trey Lockett is currently pursuing a Master of Music degree in Music and Human Learning at the University of Texas at Austin, under the tutelage of Dr. Bob Duke, and serves as a graduate teaching assistant for the band program. As a graduate teaching assistant, Mr. Lockett works with the Longhorn Band, Longhorn Pep Band, Longhorn Concert Bands, and manages the Texas Bands social media channels. He also serves on the instructional staff of the Vista Ridge and LASA high school marching bands.

Prior to his current appointment, Mr. Lockett received a Bachelor of Arts in Music at Clemson University in South Carolina. During his time at Clemson, he was a member of the Symphonic Band and the Tiger Band for five years. As a member of Tiger Band, he served as a drum major for three seasons and was the 2018 Tiger Band Commander (president). For his capstone project, Mr. Lockett completed a wind ensemble transcription of Ola Gjeilo’s The Lake Isle, and conducted the premiere with the Symphonic Band in April of 2019. He sang in multiple choirs and served as music director of Clemson’s all-male a cappella group, TIGEROAR, for two years. Mr. Lockett also received the honor of membership in the Blue Key Honor Society, Clemson’s oldest and most respected honor fraternity.

Mr. Lockett’s professional affiliations include the Texas Bandmasters Association, the Texas Music Educators Association, and the College Band Directors National Association. He is an active member of Hill Country Bible Church in Austin, where he serves on the worship team.