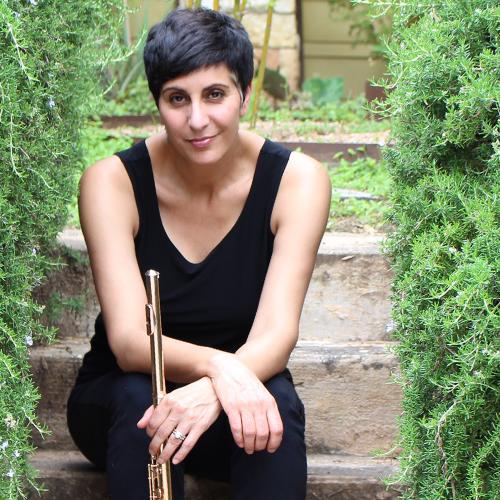 Marianne Gedigian, Professor of Flute, holder of the Butler Professorship in Flute, and member of the Academy of Distinguished Teachers at The University of Texas at Austin Butler School of Music was a regular performer with the Boston Symphony Orchestra for over a decade, including several seasons as Acting Principal Flute under Seiji Ozawa. As Principal Flute with the Boston Pops Esplanade Orchestra and Acting Principal Flute with the Boston Pops, Ms. Gedigian has been heard on dozens of recordings and Evening at Pops television broadcasts as well as the nationally broadcast Fourth of July specials. She has also been heard on several John Williams’ movie scores, including Saving Private Ryan and Schindler’s List and can be spotted in the film Blown Away. In the 2000 – 2001 season, Ms. Gedigian was invited by Mariss Jansons to perform as Acting Principal Flute with the Pittsburgh Symphony Orchestra. Her solo and orchestral performances have taken her around the world, including Armenia, Australia, China, Japan, Korea, and extensively throughout Europe. She has appeared as concerto soloist numerous times with the Boston Pops Orchestra with John Williams and Keith Lockhart, and with the Armenian Philharmonic, performing her own transcription of the Khachaturian Violin Concerto. She was featured with Ian Anderson of Jethro Tull fame in a performance at the Berklee College of Music in Boston, and has served on the summer faculty of the Brevard Music Center and Tangle Music Center. Teachers include Leone Buyse, Doriot Anthony Dwyer, Clement Barone, and Donna Rofe-Olkowski.