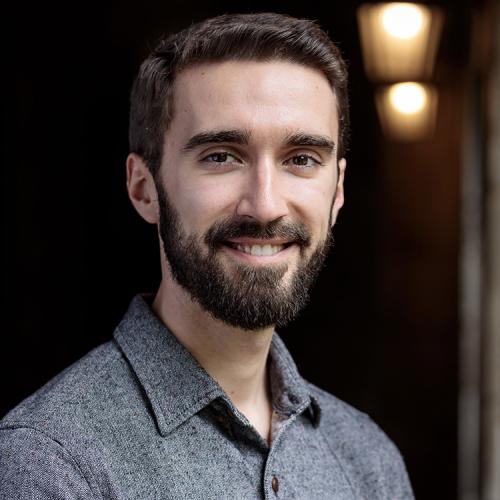 George Adams received his PhD from the University of Chicago in 2019. Prior to arriving at the University of Texas, he was the Lindsay Family Postdoctoral Teaching Fellow in the Department of Music, the Division of the Humanities, and the College at the University of Chicago, where he taught courses in music theory, music history, media, and aesthetics; for the past several years, he has also advised research projects across the humanities and social sciences as part of the Mellon Mays Undergraduate Fellowship program.

His research interests include form, ecology and relation, experimental and conceptual music, performance, sound, technology, and genres of American music. He is currently completing an article on ecologies of form in Janelle Monáe’s “Say Her Name (Hell You Talmbout).” His developing book project, very tentatively titled Listening for American Music: Technology, Form, Analysis, explores how expanded notions of form can illuminate the intersections of sound, musical technologies, and social relations, and how American experimental and popular genres prompt us to apply these intersections in the ways we listen to and analyze music.

“’Because They Didn’t Know How to Listen’: On the Formal Analysis of Conceptual Music.” Formalism and its Discontents, an Interdisciplinary Conference at Rutgers: New Brunswick, New Jersey (2017).