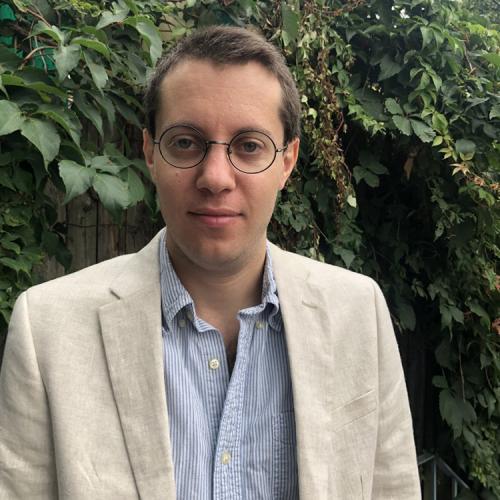 David Hier was born and raised in Toronto, Canada, where he studied piano with Bella Asmarian, counterpoint with William Shookhoff, and composition with Larysa Kuzmenko. Hier attended McGill University and earned bachelor’s and master’s degrees in music composition, studying under Jean Lesage and Christoph Neidhöfer. He received his PhD in Music Theory at the Eastman School of Music, where he studied under Henry Klumpenhouwer and Zachary Bernstein.  Prior to joining the faculty at UT Austin, Hier taught at the William Paterson University of New Jersey, and at the Eastman School of Music, where he was a finalist for the Teaching Assistant Prize.

Hier’s music has been played in Canada and the United States by ensembles including the Lincoln Trio, the Transmission Ensemble, and the Tetra String Quartet. His Song of the Night for piano trio (2012) placed second in the Sejong Composition Competition and his String Quartet in D (2019) received an honorable mention in the John Eaton Memorial Composition Competition. A set of orchestral songs is set to be premiered under conductor Justin Pambianchi in the winter of 2021 in Montreal, Canada.