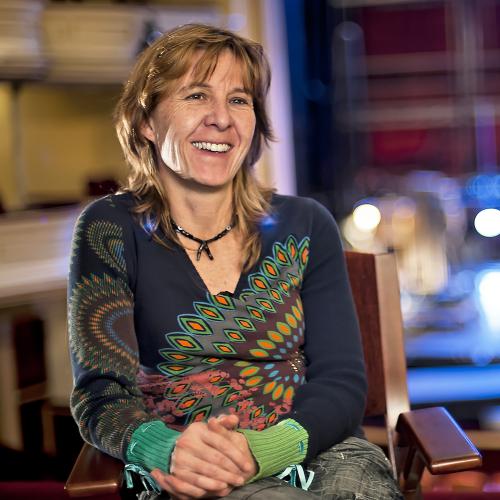 Born in Ecuador, Chía Patiño was the Artistic and Executive Director of the National Theatre in Ecuador for 10 years before joining the Butler School of Music in 2019 as the Stage Director for the Butler Opera Center. Her path has been eclectic: she began as a pianist, continued as a composer, and began a parallel path as a stage director in 1998. She has staged zarzuela, musical theatre, theatre and opera for numerous companies in the United States, Arab Emirates, Egypt, Guatemala, Colombia and Ecuador.

During the pandemic, Patiño directed one of the only live performances (with orchestra and audience) in the USA after March 13, 2020. Northern Lights Music Festival produced Tosca in July, performed at the Minnesota Discovery Center Amphitheatre.

She was also the stage director of Suite Española, Explorando Iberia, for Houston Grand Opera in their project HGO Digital, a program sponsored by Sarah and Ernest Butler.

As part of the homage to Daniel Catán, she directed and produced a video with UT students Pei-Chun Wang and Matthew J Schulz.

Most recently she was in charge of the dramaturgy for Dreaming/Undreaming for the Princeton Festival.

Bachelor of Music
University of Louisville